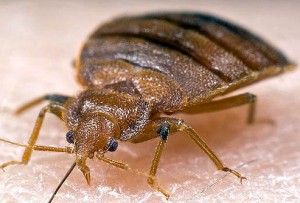 There has been a huge increase in bed bug cases in recent years in cities all over the United States, as well as many other countries. If you suspect or know your home or business is infested with bed bugs, or just want a professional to take a look before moving in, then you've come to the right place. Read all information on how to prepare for bed bug exterminators and avoid future infestations. Schedule a free consultation today, and protect you and your family. 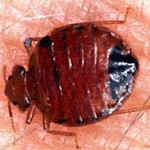 CBS NEWS: Decades after bedbugs were eradicated they're making a big comeback. Terminix - a nationwide exterminator - said Wednesday that New York and Philadelphia have the biggest infestations and four cities in Ohio are in the top 15.
There is something that can stop bedbugs but we can't use it. Fighting the tiny bedbugs has become big business for Columbus, Ohio, exterminator Lonnie Alonso, who has no idea why his state is under siege.
"Eighty to 90 percent of the phone calls we get every single day are related to bedbugs," says Alonso. 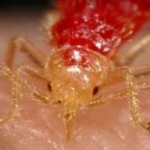 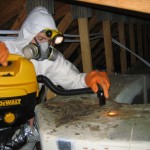 MSNBC: Bedbugs -- wingless insects that feed on the blood of sleeping animals -- invaded stores of Abercrombie & Fitch Co., Victoria’s Secret and Nike Inc.’s Niketown in New York City last year as well as hotels, offices and homes.
The insects can cause reactions through bites, as well as blister-like skin infections and, in rare cases, asthma and anaphylactic shock, according to a report in the Journal of the American Medical Association.

ABC NEWS: According to New York City's Housing Preservation and Development department, bedbug complaints in the city have skyrocketed over the past five years, from just over 500 in 2004 to over 10,000 in 2009. In June, the New York state legislature passed a law requiring landlords to give potential renters a "bedbug history" of their property.

Bedbug City: 1 in 10 New Yorkers has grappled with bedbugs in their home 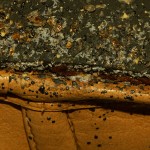 Bedbugs are taking over New York.
A new Daily News-Marist poll suggests that The City That Never Sleeps is probably too busy itching: One in 10 New Yorkers has now battled bedbugs in their home.
That's twice as many as the city estimated were plagued by the pests in 2009.
The poll results suggest that more than 800,000 New Yorkers have had bloodsucking bedbugs crawling in their sheets.
"I got all chewed up," said Margaret Martinez, 61, of the Bronx, one of the 11% of poll respondents who reported having personal run-ins with the tiny bloodthirsty insects. "I woke up and I had bites all over my arms and my face. I was all swollen," she said.
From swanky glass lofts to creaky tenement walkups, the plague of parasites appears to have spread fairly evenly across the five boroughs.

But money makes a difference: Twice as many people who made less than $50,000 a year had bedbugs, compared with those with higher incomes. Only 2% of Republicans had bedbugs, while 12% of Democrats did.
Though infestations at downtown hotels and boutiques get most of the attention, Manhattan is the borough with fewest workplace bedbugs, according to the survey conducted by the Marist poll for the Daily News.

Ten percent of respondents in Queens, Staten Island and Brooklyn reported bedbugs at work, as did 8% of Bronx residents, but just 3% of Manhattanites were afflicted.
Bedbugs are hard to see and hard to kill. The size of a rice grain, they only move around at night and can go many months without feeding. They spread by hitching rides on clothes, luggage or used furniture.
Nearly eradicated by DDT in the 1940s, they are back - and extra pesticide-resistant.
Upper West Side City Councilwoman Gale Brewer said panicked bedbug calls to 311 shot up 33% last year. "Our phone rings off the hook with bedbug questions," she said. "There are many other stores with bedbugs out there that are not in the press." The city recently allocated half a million dollars in anti-bedbug funds and is considering naming a bedbug "czar" so New Yorkers can sleep tight. The News poll found half the city doesn't think officials are doing enough to stamp out the bloodsuckers. The poll also found 67% of New Yorkers think the best way to discover bedbugs is to see their bites. But scientists say only 50% of people are allergic to bedbug secretions - the rest never develop visible bites.
"There's just not a lot of common knowledge about bedbugs," said Dan Kass, an assistant commissioner at the city's Department of Health. "We're now at the point with the resurgence of bedbugs that everyone will have to start looking for them."

Bed bugs on the rise in U.S., Las Vegas 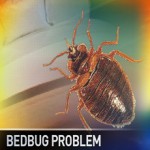 That old saying - “Don’t let the bed bugs bite” – is ringing more true than ever in the United States. According to researchers, beg bug populations have increased by 500 percent in the U.S. with Alaska seeing an 800 percent increase just this year alone.

Here in southern Nevada, Gregg Wears with the Southern Nevada Health District says bed bugs are not considered a huge problem but there is always cause for concern.

“When they bite of feed they inject saliva into the wound, which can cause itchiness or puffiness.”